[dropcap]V[/dropcap]anessa and I travel between San Francisco and LA often. To break the monotony, we’ll find a different way to make the journey. Even so, most airlines provide roughly the same experience on the one hour flight, and while I love Amtrak, we’re don’t always have the time to make that journey. That’s what got me so excited to try out Boutique Air.

Boutique is a small, regional airline that seem to mostly fly routes that are subsidised by the Federal Government’s Essential Air Service (EAS) program to small cities that are otherwise uneconomical. Merced, California happens to be one of those markets. From Merced, Boutique fly to OAK and LAX. Unlike other EAS carriers I’ve seen in the past, Boutique actually seem to be interested in tickets routing via the subsidized market. It’s very easy to book a ticket OAK-Merced-LAX and the prices tend to be roughly the same as non-stop flights OAK-LAX.

The other interesting thing about Boutique is their fleet of Pilatus PC-12s. These are single engine, pressurized planes holding 8-10 people comfortably. It’s a lot more interesting than just taking the Southwest nonstop!

We booked our tickets last minute for roughly $100/person. I was glad to see Boutique offer online check-in and participate in TSA Precheck. Regular Oakland security lines can get backed up but I’ve never had to wait more than a few minutes for Precheck. Checking our bags and clearing security only took 10 minutes tops. 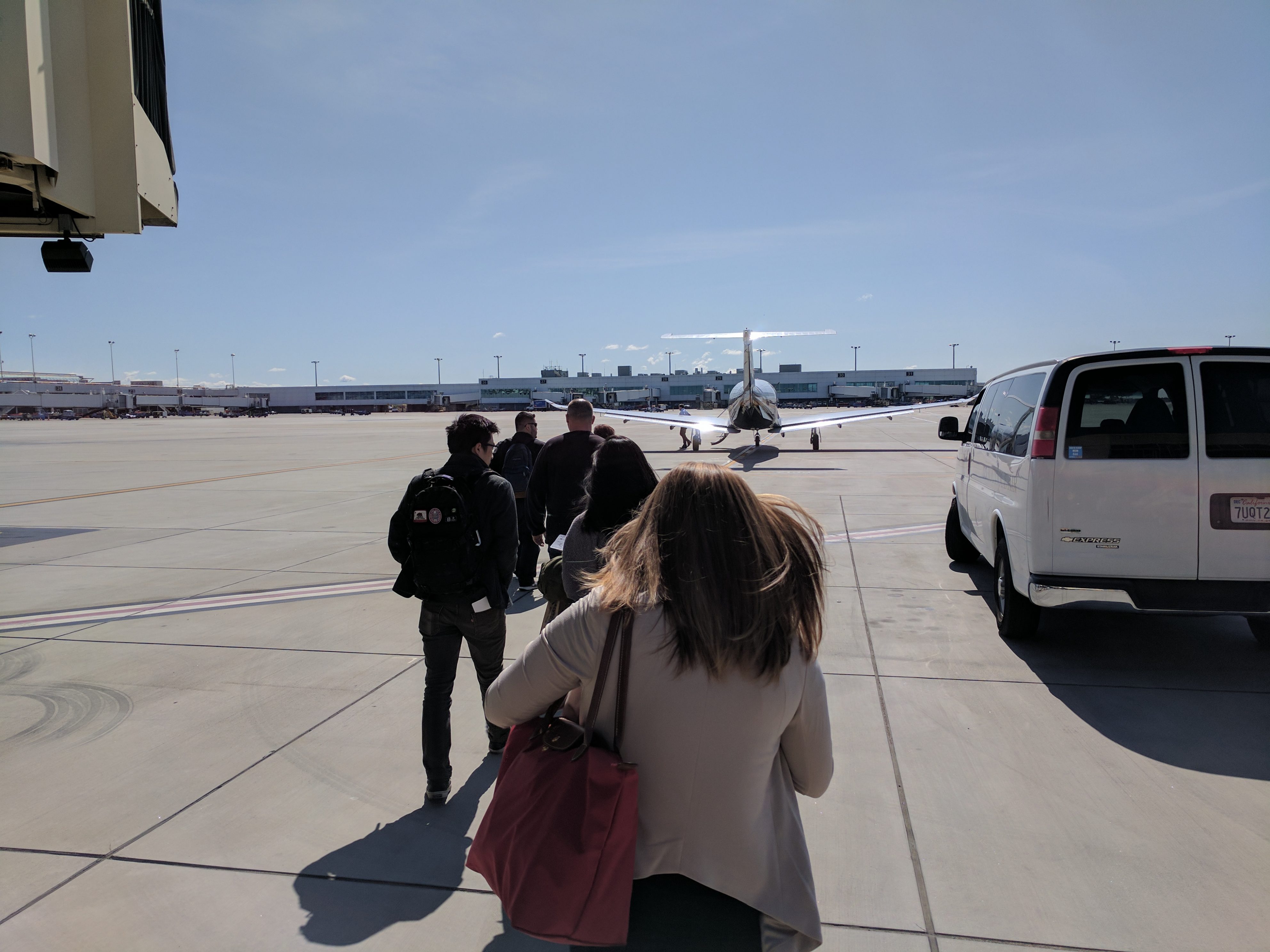 Our plane arrived only 20 minutes before our scheduled departure, but this seemed to be the norm. It doesn’t take long to turn around such a small aircraft. Boutique use a regular gate and have passengers use the stairs at the end of the jetway. These stairs are metal and could be slick if it was foggy or raining. Once all the passengers were on the ramp, a Boutique gate agent escorted us along to ramp to the plane, a walk of one hundred feet or so.

Once plane side, the first officer came out and checked our tickets. I thought it was a bit interesting to have him do it instead of the gate agent, but they probably have their reasons. Mainly he seemed to be concerned that only one person board the plane attached stairs at a time.

Physically boarding was a bit awkward. The ceiling is so low you have to hunch over. If other passengers don’t get out of the way quickly, you are stuck in a weird hunching position until they get seated. You do get to pick your own seat which is nice if you make the effort to get on first. Thinking about it though, if I was mobility limited, I’m not sure how they’d load me into the plane. It has to be quite the process.

Once seated, the friendly first officer gave us a safety briefing. He showed us where the complimentary sodas and snacks were at the front of the plane, and gave us a few tidbits of information about the flight. The thing I thought was most interesting was that we’d only fly at 7,000ft up to Merced. After the quick briefing, he headed into the cockpit, closed a small curtain, and within minutes we were headed out. 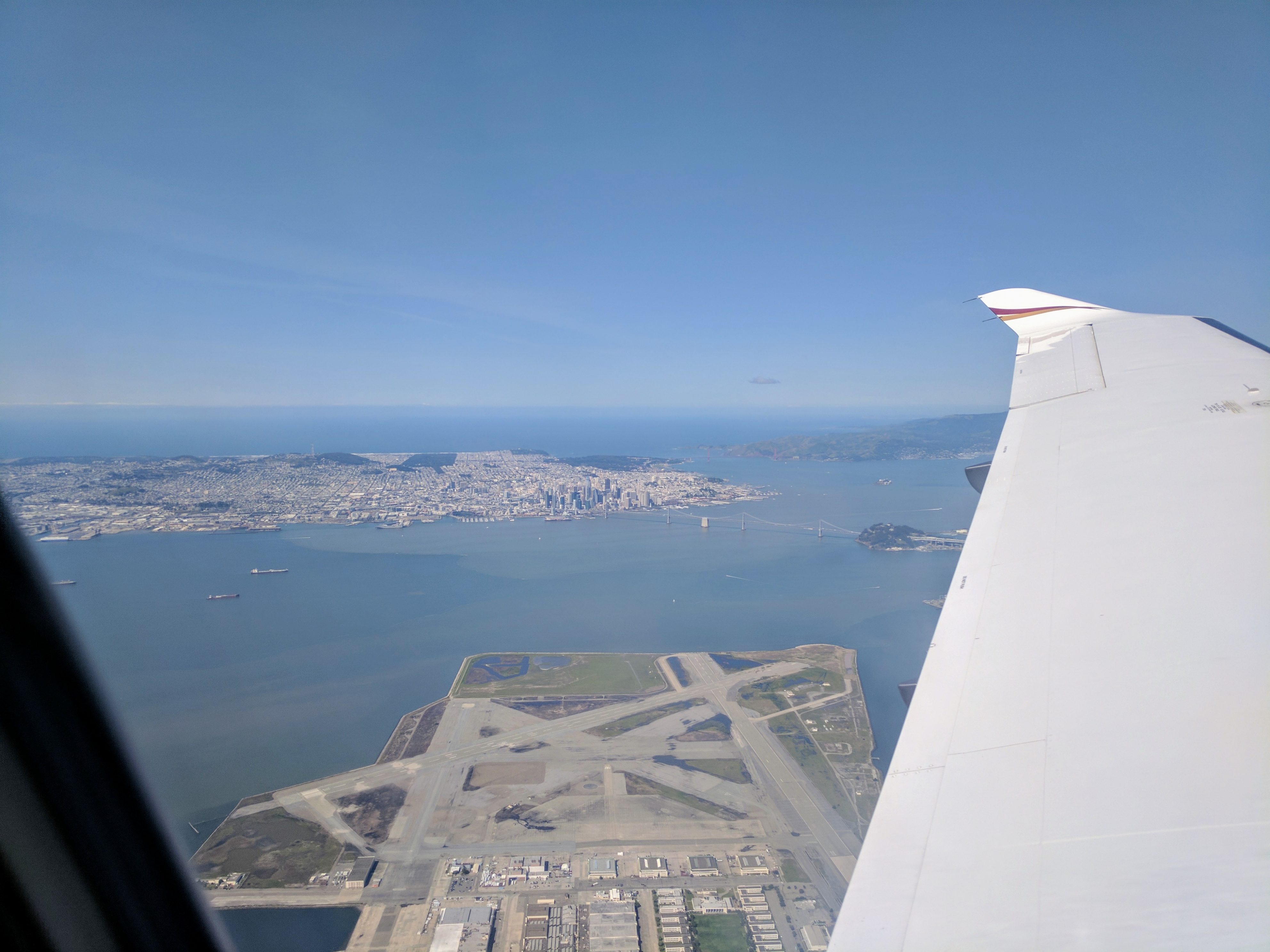 Takeoff was powerful and quick,  way more powerful than I expected for a fully loaded single engine plane. We took off, turned to the right, and literally flew a straight line to Merced, totalling about 20 minutes of flying.

It was windy in Merced, so approaching the airport was really rough. Vanessa mentioned she wished she had brought some Dramamine. Turbulence in a small aircraft is so much different than larger planes. I do have to say that the PC-12 felt really solid through all of it though. 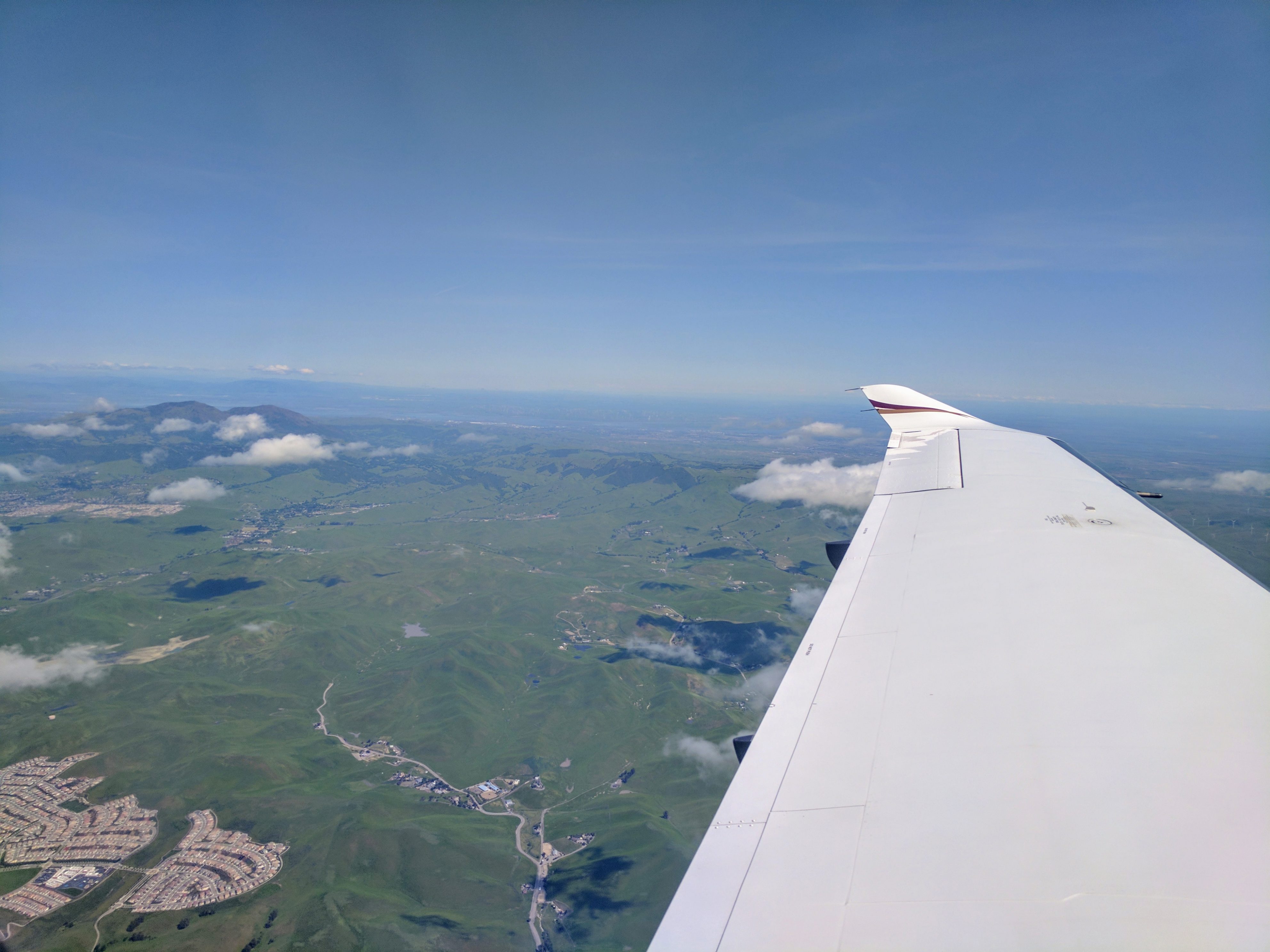 At Merced they had us get off and head into the terminal while they prepped the plane for departure to LAX. About half of the passengers to Merced continued on to LAX. I can imagine that if anything was to go wrong mechanically it would really throw a wrench in the schedule. I didn’t see any additional planes or staff other than the gate agent. Merced’s terminal is a little bit sad as only a handful of passengers fly through there each day. The bathrooms are outside of security, so if you have to use the facilities, you have to reclear security.

After about 20 minutes of waiting, the agent came back into the terminal and escorted us out to the plane. Boarding was the the same as in Oakland – a bit awkward but quick. We got our safety spiel and were off. The taxi speed to the runway at Merced was incredibly fast, it almost felt like the wings started producing lift. Merced’s runway is 5,900ft long, so plenty for the PC-12. With another forceful takeoff, we were back up into the air. 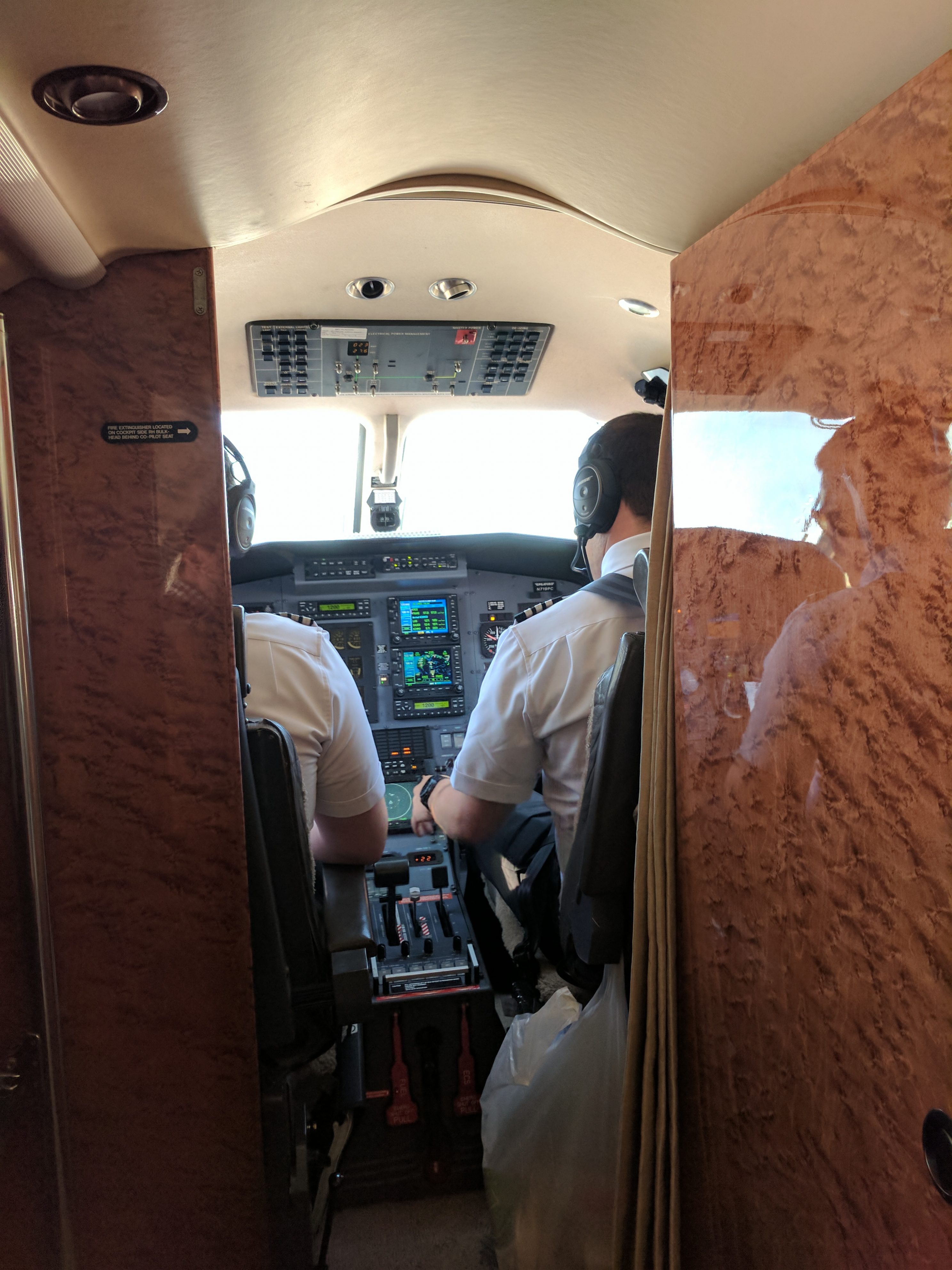 The flight Merced to LAX took about an hour at 22,000ft. The PC-12 offered nice views through the big windows. California is really green at the moment due to drought busting rain we’ve received this winter. The Sierra Nevada mountains made a nice backdrop for the smooth cruise to LA. 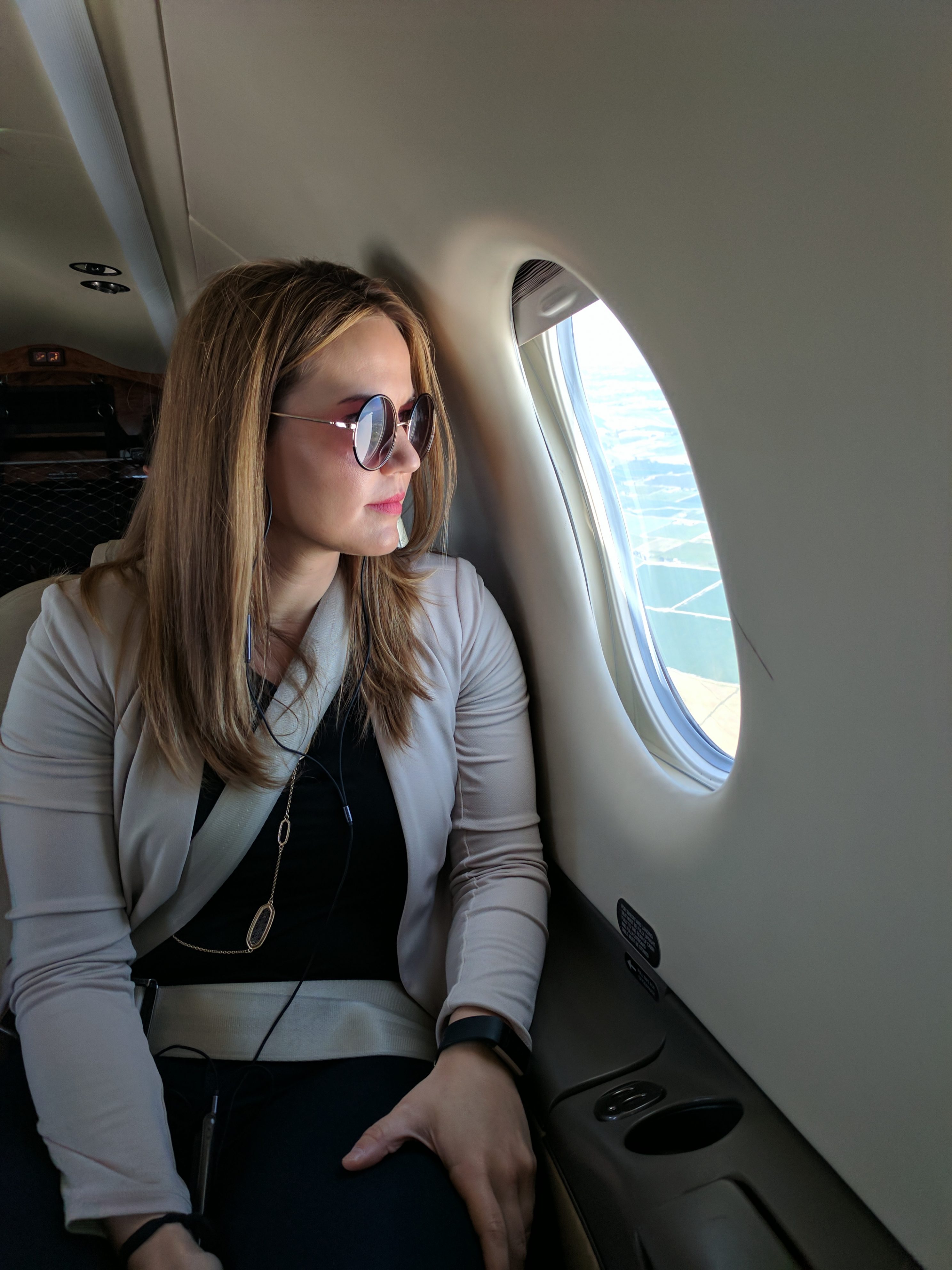 Landing at LAX must have had us following a larger aircraft. There was so much turbulence and it lasted for the entire approach. It made Vanessa really queasy and almost started to get to me as well. In spite of the bumps, we had a smooth landing alongside a departing parallel Korean Air A380. How fitting, us in the smallest commercial aircraft serving LAX landing beside the largest. 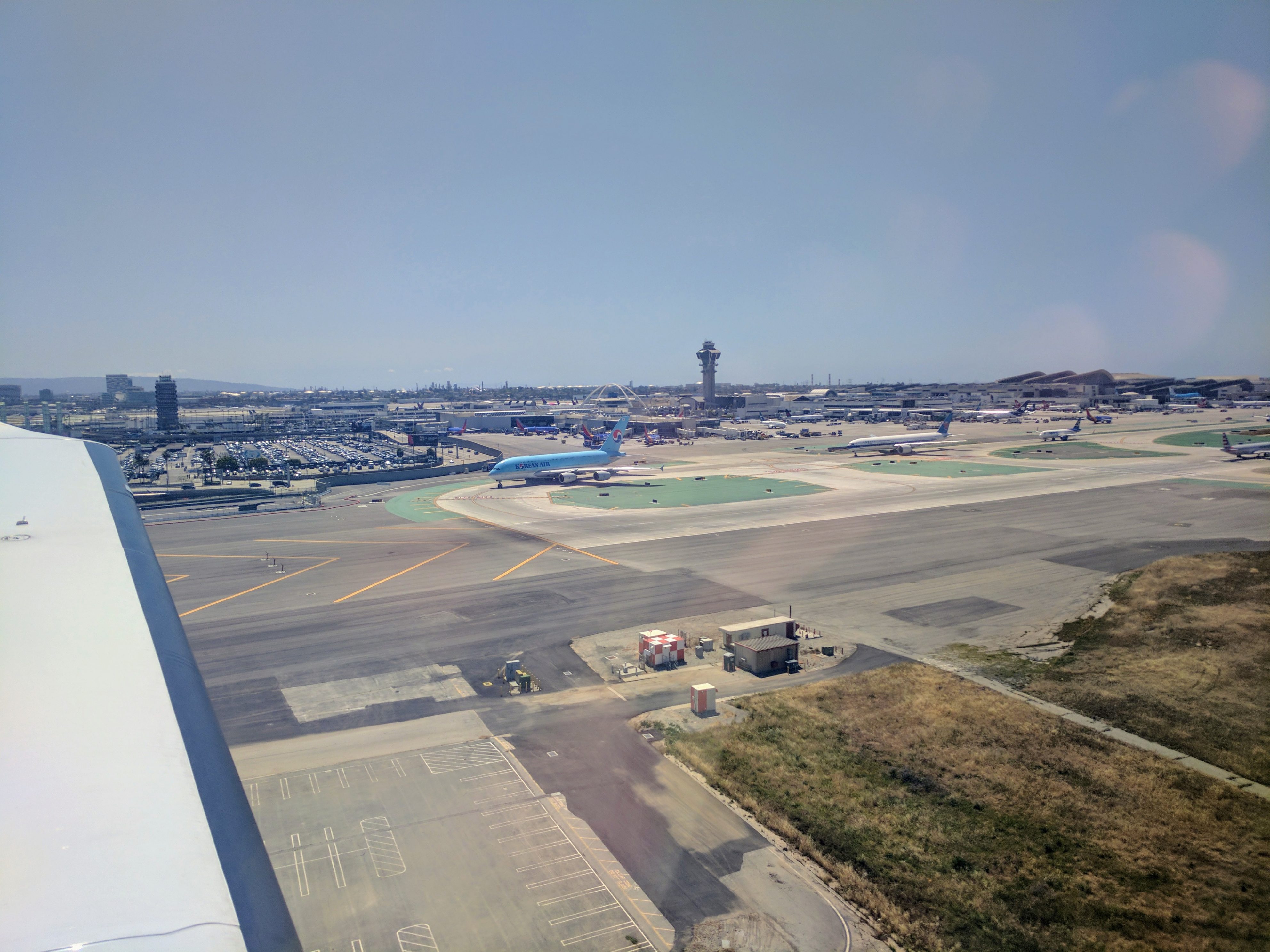 Taxi to the ramp adjacent to terminal 3 took only a few moments and we were off the plane. Our bags managed to beat us to baggage claim, and we caught the FlyAway bus to Union Station.

All in all I really liked flying with Boutique Air. It reminded me a lot of when I got my private pilot licence back in college. However I don’t think the experience is for everyone. If you don’t like small planes, turbulence, or are mobility limited, you might want to steer clear. The pilots were friendly, the gate agents cordial, but you do have to serve yourself during the flight. Overall, we got just what we wanted, a different experience to our destination, and I’d be happy to fly them again. 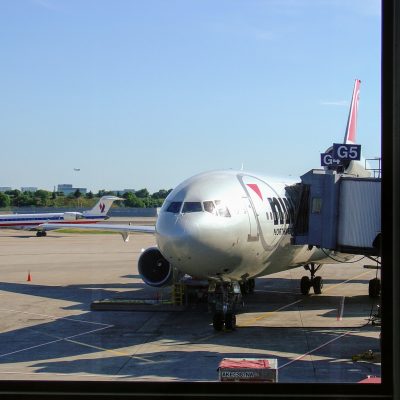 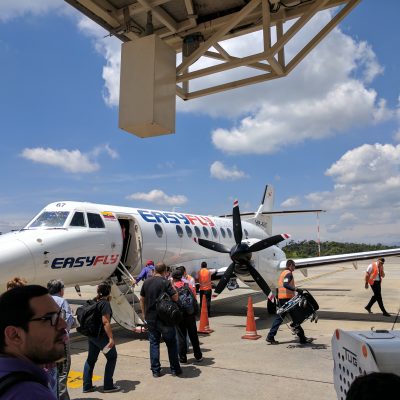